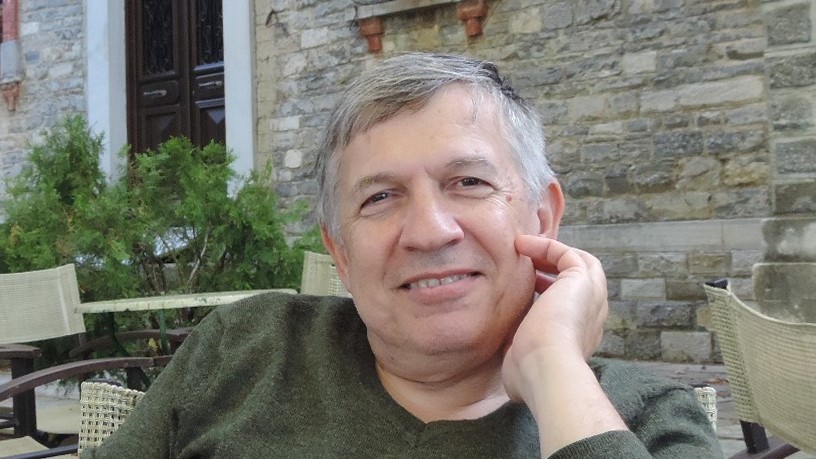 Dr. Siopsis is a theoretical particle physicist currently working on quantum computing and quantum information processing. Together with collaborators at ORNL, he has built a quantum optics laboratory for quantum cryptography, and in particular, measurement-device-independent quantum key distribution in free space, as well as quantum position verification. He has established a fruitful collaboration with ARL and its partners, such as JQI at the University of Maryland, studying topological quantum walks and quantum games with an eye toward elucidating the structure of topological materials and quantum network applications. He has developed quantum algorithms (quantum machine learning, quantum field theory, quantum walks, quantum games, etc.) and implemented them on existing quantum hardware (IBM, IonQ, D-wave). He succeeded in getting the University of Tennessee and ARL sign a CRADA that establishes commitment to a long-term collaboration between the two Institutions in quantum information processing with a focus on quantum networks. In August 2016, he organized a very successful Workshop in Washington, DC on Quantum Stochastic Differential Equations for the Quantum Simulation of Physical Systems. It brought together Mathematicians, Physicists, Chemists, and Computer Scientists. Participants came from US Government agencies, industry, and academia. The Workshop was financially supported by ARO via a grant to the University of Tennessee. In August 2018, he was invited to present his research program at the Army Science & Technology Symposium. In February 2019, he organized another Workshop in Washington, DC, funded by ARO on Higher Category Approach to Certifiably Correct Quantum Information Processing Systems. It was an important event toward the exploration of synergies between higher category theory, topological quantum field theories, and quantum information processing, and a catalyst in the development of mathematical tools that will advance these synergies. In August 2019, he was awarded a NSF conceptualization grant to explore the creation of a Quantum Leap Challenge Institute at UTK. His research is funded by NSF, DoE/ORNL, ONR, DHS/CIRI, ARO, and DARPA.

The flagship campus of the University of Tennessee System and partner in the Tennessee Transfer Pathway.